CASC-CWE (Capacity Allocation Service Company for Central West-Europe), the joint cross-border services company created by the Transmission System Operators of Central Western Europe, organized today the first joint auctioning of year and month capacities on the common borders between France, Belgium, the Netherlands, and Germany. This is a premiere for such an extended region in Europe.

For the first time market participants will be able to address their request to a single auction office, where they had to introduce them with different offices in the past. This will apply for the year capacity for 2009 and the month capacity as of next December. In spring 2009 also the daily auctions will be executed by CASC-CWE, using common rules subject to regulatory approval.

This is the first concrete step by which market participants will start drawing benefit from the enhanced market mechanisms following the signing of a Memorandum of Understanding between Ministers of Energy, regulators, power exchanges, transmission system operators and representatives of market participants in Belgium, France, Germany, Luxemburg and the Netherlands on 6 June 2007, creating Europe's largest regional electricity market.

The shareholders of CASC-CWE are Cegedel Net, Elia, EnBW TNG, E.ON Netz, RTE, RWE TSO and TenneT. The objectives of the Memorandum of understanding are to introduce market coupling between the Central Western European electricity markets and improved coordination for an increased security of supply in Europe. 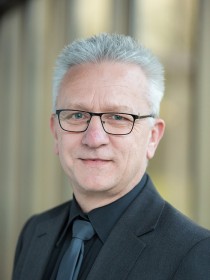