The Dortmund-based transmission system operator (TSO) Amprion has signed a cooperation agreement with the US Silicon Valley company, Smart Wires, for a pilot project. The aim is to increase the transmission capacity of the power grid while maintaining the high level of system stability.

The partners are starting the project, which consists of three phases, with the goal of using a mobile modular static-synchronous series compensator (mSSSC) from Smart Wires in the Amprion grid. The “SmartValve” is designed to ensure power lines are more fully utilized.

“We see this innovative technology as having the potential to allow us to use the network more efficiently and reduce the need for redispatch,” says Dr. Klaus Kleinekorte, CTO at Amprion. The cost of redispatch in Germany has risen to over a billion euros in recent years and is burdening electricity customers.

The SmartValve can relieve constrained lines by actively changing the power flows. This allows the transmission network to be better controlled and to minimize redispatch of generation arising from network bottlenecks. The device has a modular structure allowing it to be easily transported and flexibly used at different locations. The new technology thus complements conventional phase shifter transformers (PST), and can also support the system from a stability perspective.

In order to continue to guarantee the stability of the power grid as the energy transition proceeds, Amprion is already using various innovative technologies such as the PST or reactive power compensation systems such as STATCOM.

“We are thrilled to work with Amprion as one of the world’s most respected TSOs. It is very exciting to see our technology adopted in the country that has shown so much leadership in the energy transition”, said Gregg Rotenberg, CEO of Smart Wires. “Our commitment to this partnership is reflected in the amazing team we have built in Europe and Germany in particular.” Amprion and Smart Wires expect the project to run for two to three years to demonstrate the value of the new technology on the grid. 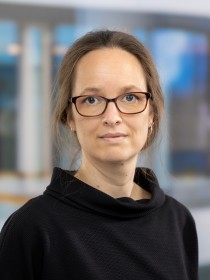