The transmission system operator Amprion continues to grow and is stepping up its investments in the energy system. The company is intending to invest around 12 billion euros over the next five years, amounting to an increase of some ten per cent compared to the previous planning.

Investments remain focused on expanding the important north-south axes of the transmission grid. With the Corridor B project, for instance, Amprion is planning to transport wind power with a capacity of four gigawatts to the centres of consumption in the Ruhr area from 2030 and therefore to replace the capacity of five large coal-fired power plants. In parallel, the company is investing in innovative technologies such as STATCOM systems in order to keep the grid voltage stable at all times.

“Security policy aspects are more relevant than ever before during the transformation of the energy system, as demonstrated by the war in Ukraine. So we have to keep an eye on climate neutrality, affordability and energy supply security at the same time,” stated Amprion’s CEO Dr Hans-Jürgen Brick.

Politicians have tabled effective proposals as to how the expansion of renewable energies can be speeded up. However, appropriate suggestions also have to be set out for grid expansion. “The green electricity must reach the companies. This is the only way we can maintain the industrial basis in Germany and advance decarbonisation,” said Brick.

During the 2021 financial year, Amprion invested a record amount of 1.2 billion euros in expanding and expansion the grid infrastructure, in which it achieved important progress: the planning approval procedures for the entire direct current corridor has started in the A-North project, the northern part of DC corridor A from Lower Saxony to Baden-Wurttemberg. After around nine months, the initial approval processes for the “Coastal waters” section has been successfully completed for the offshore grid connection systems Dolwin4 and Borwin4, meaning that construction can begin on Norderney in the summer of 2022.

Amprion is taking on additional personnel for this accelerated grid expansion. At 2,062 employees (FTE), the number of staff increased again during the past financial year and was 5.6 per cent higher than the previous year.

To ensure the financing for its planned grid expansion projects, Amprion issued a bond for 800 million euros for the first time in September 2021 under its new debt issuance programme (DIP). At the same time, this was also the start of regular issues on the international capital market.

Peter Rüth, CFO of Amprion GmbH, said: “With the support of our long-term oriented shareholders and our diversified financing strategy, we can meet the necessary investment requirements.” According to the current planning, Amprion expects an investment requirement of around 1.6 billion euros for the current financial year and a net profit for the year at the previous year's level. However, the geopolitical impacts on energy prices cannot yet be forecast. 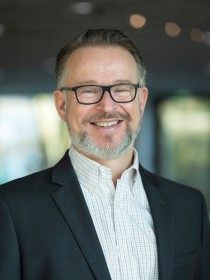