Completion of BorWin4 one year ahead of schedule

Amprion Offshore had invited tenders for the construction of the converters in spring 2021. The award process is now being completed on schedule. "With Siemens Energy and Dragados Offshore, we are awarding the contract to two companies that are experienced in the construction of converter stations," says Peter Barth, Managing Director of Amprion Offshore. "This was particularly important to us in our first two offshore projects." In addition, he says, the partners impressed with their performance, solution orientation and market-driven conditions. They have also agreed to complete BorWin4 for the accelerated scenarios of the German government as early as 2028 - one year earlier than planned. "In this way, Siemens Energy, Dragados Offshore and Amprion Offshore are making an important contribution to accelerating the energy transition," emphasizes Barth.

"We are looking forward to working together with Siemens Energy and Dragados Offshore," adds Dr. Carsten Lehmköster, also Managing Director of Amprion Offshore. "Together, we will take an innovative approach." For example, the converter stations at sea will be designed as unmanned platforms. All stations will be maintained every year. "Both aspects are innovative regarding converter platforms in the German North Sea and will ensure significant cost reductions in the long term," says Peter Barth. Siemens Energy will take over maintenance of the converter systems for the first ten years. The converter stations are Amprion’s largest single investment so far.

The DolWin4 and BorWin4 offshore grid connection systems, which run largely in parallel, are among the most important energy transition projects in Germany. The converter stations are necessary to convert alternating current into direct current and vice versa. DolWin4 and BorWin4 are scheduled to go into operation in 2028 and 2029. From the North Sea wind farms, the cables will initially run 60 and 125 kilometers at sea. They cross below the island of Norderney and reach the coast in the Hilgenriedersiel. From there, they run for around 155 kilometers as underground cables toward the Hanekenfähr substation in Lingen (Ems), where Amprion will connect them to its transmission network. There, the Emsland nuclear power plant will be taken off the grid at the end of 2022. The generation capacity will be replaced by 1.8 gigawatts of offshore wind energy via DolWin4 and BorWin4. This is roughly equivalent to the demand of a major city like Hamburg with 1.8 million inhabitants. 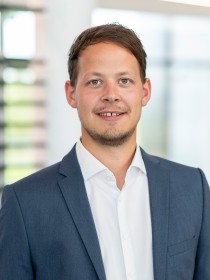